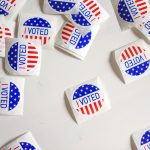 ct to amend the election and education law in relation to providing public school districts the authority to decline or change a school building’s designation as a polling place.

The School Administrators Association of New York State supports A.4743/S.5287. Over the past few years it has become increasingly more difficult and complex to meet the obligations of being a polling site. The most critical consideration has been assuring student, staff, and community safety. The devastating school shootings and criminal activities surrounding schools have required school districts to be very vigilant on school safety protocols. School safety cannot be compromised due to election requirements. The proposed bill provides districts with the authority to make decisions regarding their capacity to be polling site and decline such designation if needed. Additionally, increased demands on school calendars have made it difficult to meet instructional requirements. With additional testing dates and increased days needed to meet religious observances, districts do not have the flexibility within their calendars to adjust for election days.