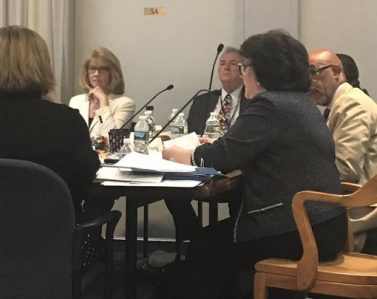 SAANYS was “in the room” at the end of the half-day July Board of Regents meeting when Commissioner Elia announced her resignation. As she read her brief statement, the shock permeating the room was palpable. By the reaction of the members of the Board of Regents, the announcement was not expected. Moments after the commissioner finished her remarks, Chancellor Rosa stated her surprise and indicated that the Board would discuss this further during their afternoon retreat.

Executive Deputy Commissioner Beth Berlin will serve as Acting Commissioner of the State Education Department effective September 1, 2019. In her six years at SED, Ms. Berlin has proven to be a compassionate, capable and effective leader who is well respected by the Board, her colleagues and the education community. We know she will excel in this role, as she did previously, while the search for a new Commissioner is underway.

We would like to thank State Education Department employees for the work they do every day to serve all New Yorkers and carry out SED’s mission to raise the knowledge, skill and opportunity of all the people in New York.

While times of transition can be challenging, we have no doubt that under Ms. Berlin’s leadership, SED and its employees will continue to serve the citizens of New York to the best of their ability as they always have.